Thousands of Haitian refugees living in Tijuana were hoping to find asylum under the parole provision – a three-year stay in the United States established in 2010 after the devastation of the earthquake in Haiti. As of September 2016, the Obama administration changed the immigration policy to turn away Haitian refugees at the border now that Haiti is deemed safe to return. Presently over 4,000 refugees are now stateless in Tijuana, Mexico. This refugee crisis is happening at our doorstep all the while both Mexico and the US squabble about building walls. 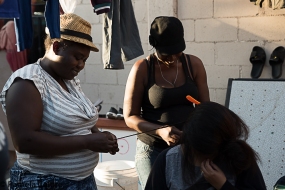 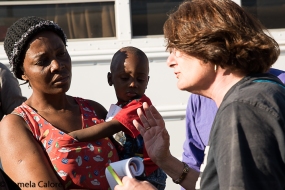 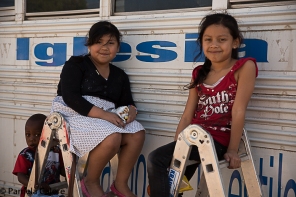 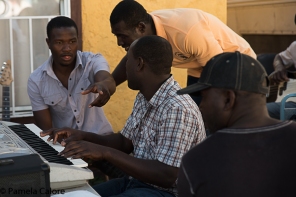 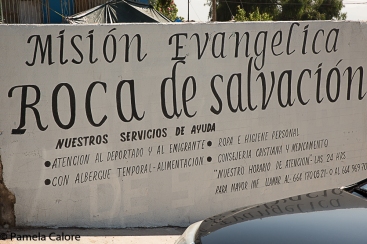 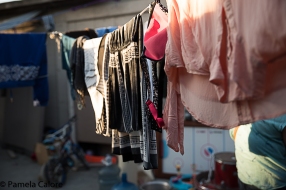 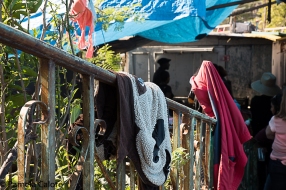 I work as a documentary artist. I use a variety of art media in my practice with photography being the main component. My documentary work focuses on historical and social issues. In recent years I have been working as a still photographer with the Border Angels and with a documentary team researching the history and personal stories of families affected by the 1931 Lemon Grove Desegregation Court Case. The assignment is called The Lemon Grove Oral History Project directed by Professor Dr. John Valdez, Multicultural Department, at Palomar College. My documentary film Total Truck has been aired on the Labor Link TV Channel (LLTV) in La Jolla, California, UCSD, and was featured alongside my mixed media work titled “Personal to Public” in a one-person exhibit at the Workman Circle in Los Angeles. An extension of this research led to my photographing the mills and factories in New England. The photographs became the exhibit titled “Time has Left its Mark,” which was featured as a one-person show at the New Bedford Art Museum in 2011.” A photo essay titled “Invisible Cities” was also produced. At present, I am also conducting art education workshops that bring art lessons to schools, shelters, and orphanages in San Diego and Tijuana, Mexico. I have been working in this capacity at the San Diego Museum of Art in the education department. My work fulfills a grant from the National Endowments of the Arts and Qualcomm to teach art education to underserved communities and kids at risk. My art is exhibited in universities, cultural centers, galleries, and museums, and, most recently, at The American Labor Museum in Haledon, New Jersey. My photos have appeared in several newspapers, articles in Amnesty International, and documentary films such as Sin Fronteras/Without Borders, directed by Giorgio Serafini; this film recently won Best Feature Documentary at the Atlantic City Cinefest. View all posts by Pamela Calore